Skip to content
Home » Rescue in Progress: Operation Out of the Dark

Rescue in Progress: Operation Out of the Dark

Breaking! Emergency rescue in Middle Tennessee. Dogs were left in a dark and closed-up house and ARC’s team is rescuing them in Operation Out of the Dark.

It was a hot day yesterday. As we approached the house in Middle Tennessee with law enforcement, it felt more like a coffin than a home.
You could smell it first.

It was eerily quiet, despite neighbor complaints of multiple dogs living in horrific conditions. Windows were covered and boarded up. There were no lights, no electricity. When we knocked, only one dog barked.

This is Operation Out of the Dark.

Law enforcement at the scene immediately got a seizure order. With those animals trapped in an airless, hot house, we knew this could be a matter of life and death. Inside, was a scene of suffering. 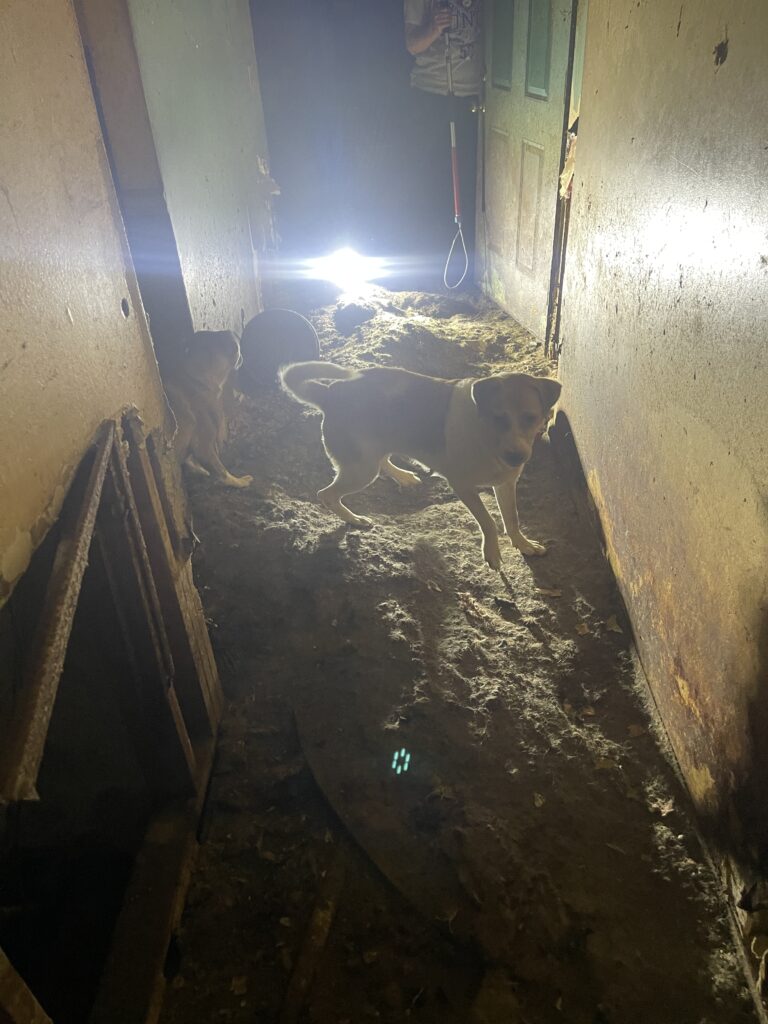 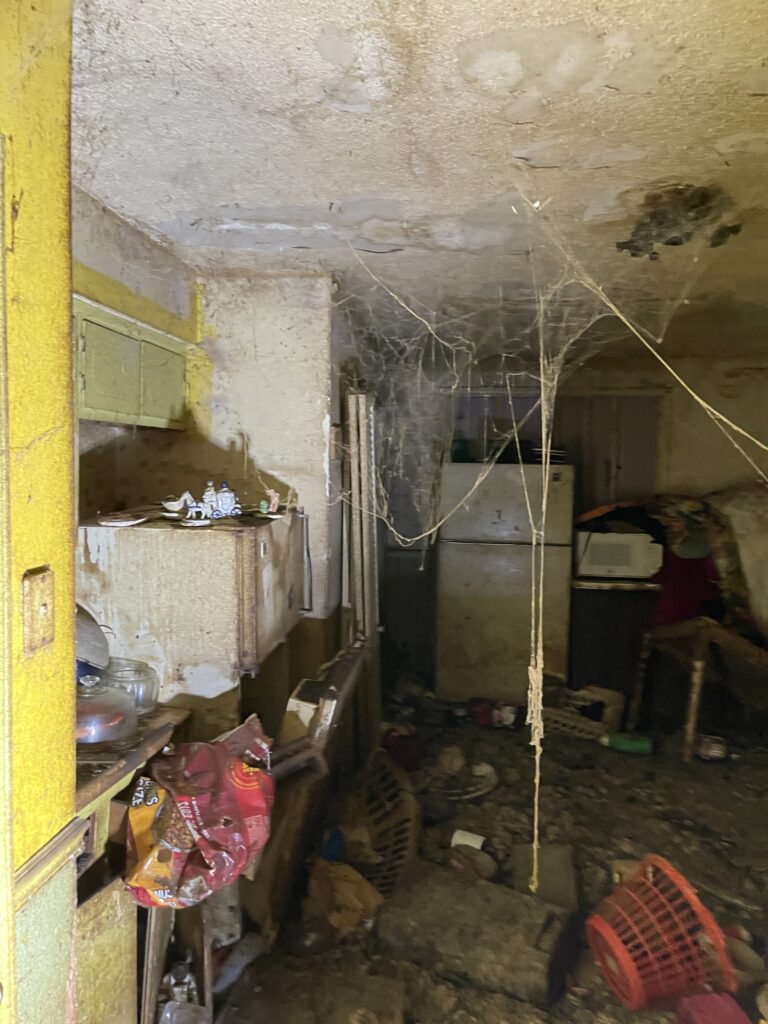 “It’s been at least four years since I’ve been inside there,” the homeowner said. That’s right, he and his wife had moved out years ago because it was no place for a living being.

But they left the dogs behind and never asked for help.

As we opened the front door, the piles of waste inside held it shut. There was enough space just to squeeze through.

We had to shovel years of waste just to clear a path for the door wide enough to get tactical equipment in and out. This was the same front door where one of the homeowners would come to, crack the door into that darkness and despair, place in a bucket of water and a bucket of food, close the door, and walk away. Skulls and bones right by the door spoke to the battles that went on inside for those buckets. 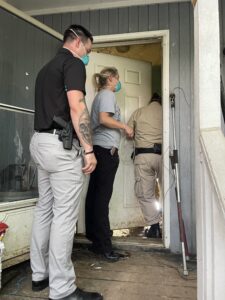 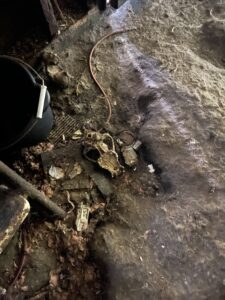 It was dark inside, and airless. The only light came from our spotlights. Animal waste was on the floor inches deep. There were remains of dogs, bones and fur, on the floor. There were some mother dogs who clearly had recently given birth — but not a single living puppy.

Once inside, we also realized how gentle and afraid these dogs were. 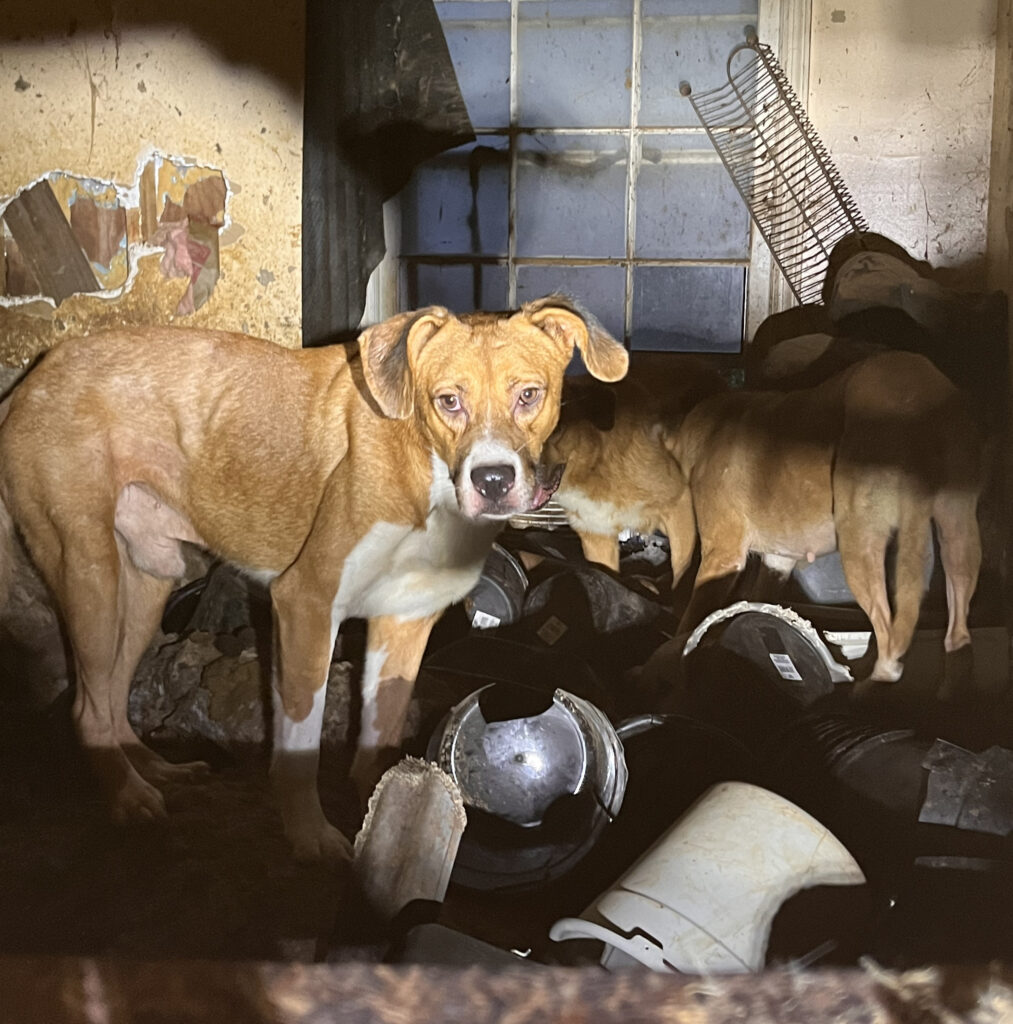 Loki, in the front, is the most terrified of them all. He’s going to need a lot of emotional care to realize that people are safe — that he is safe. Hawkeye, in the back, is blind. It’s probable that he’s lost his eyesight from the sustained length of time he’s been living in the harmful ammonia fumes inside. Many of the dogs seem to struggle to smell and see.

Nine desperate survivors were inside that home. The local animal control was full — but this is why Animal Rescue Corps exists — with your help today, we can help these animals who have known suffering, cruelty, and neglect, and make sure they have a lifeline.

We are creating evidence documentation packages for local law enforcement and will be encouraging and supporting them to prosecute this cruelty to the fullest extent of the law. 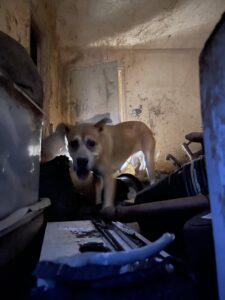 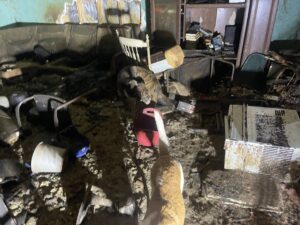 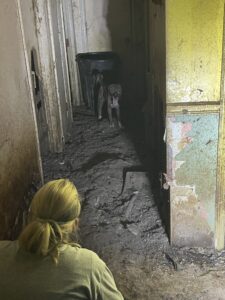 If you are in a position to help today with a gift to support ARC’s work, please do.

These dogs, and so many others like them, have known immense heartbreak, neglect, cruelty, and suffering.

But it doesn’t have to be this way. 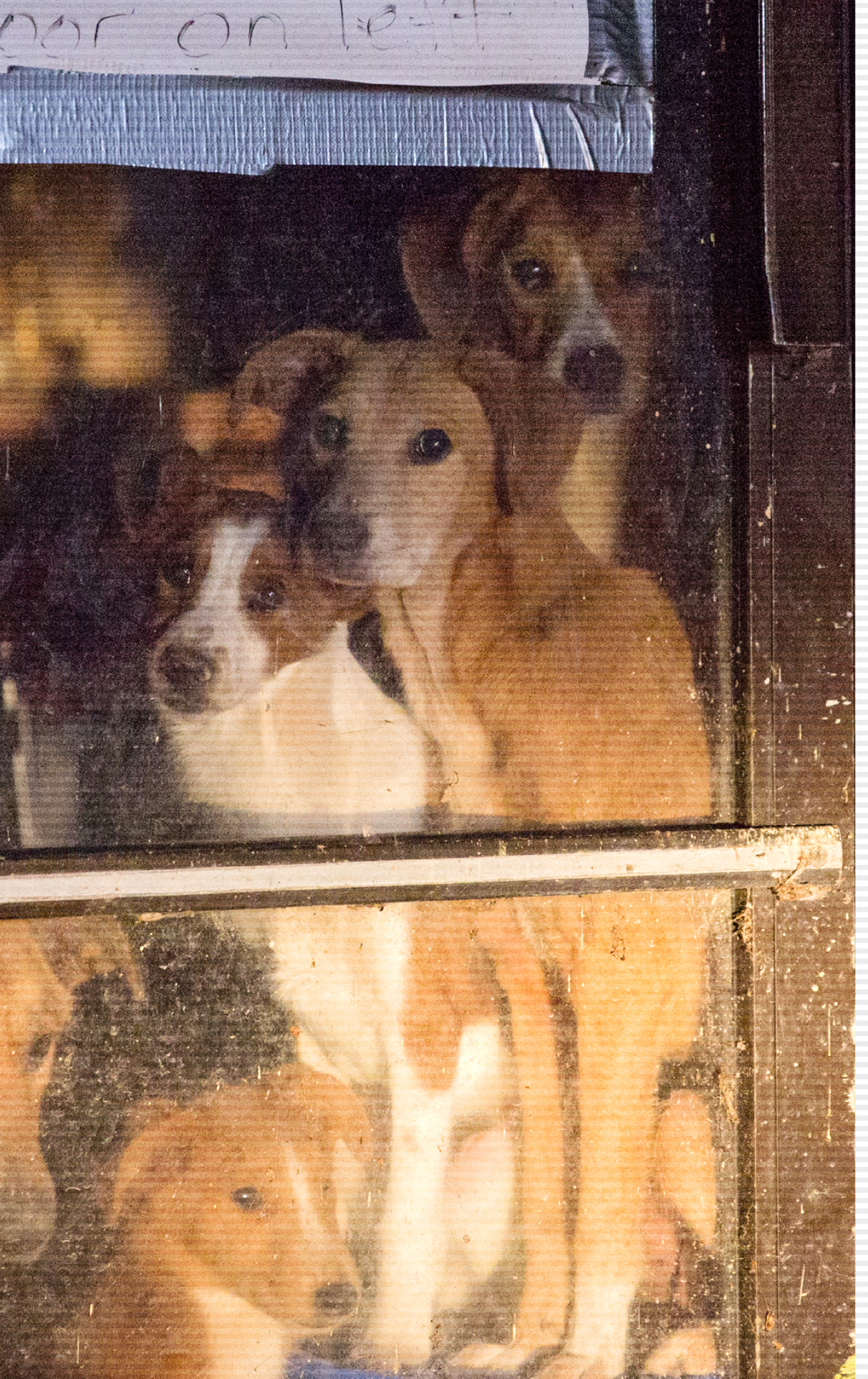 Receive breaking news about animal protection in your inbox.